College Stuff
So, You Think You Want to Major in Theater?
(Bwahahahahaha!)

Here's a great site for ANYONE to use:  http://www.collegeconfidential.com/
To quote the NY Times, it is "A wealth of information"

How to prepare for auditions:

(1) Avoid the subject of rape, or monologues that overtly sexualize violence, or performances of monologues that make violence sexual.  It's a bad choice for a number of reasons. The first is explained as point #2, the other is simply that... well... the subject matter is really upsetting and vile, and presented without context like in an audition monologue, my gut reaction is going to be to reject it which means that listening and taking you in as an actor is that much harder.

(2) Don't do a monologue whose stakes and emotionality you can't achieve in under a minute. Most college audition requirements ask for anywhere from ONE to TWO minutes.   That's not enough time to suddenly be grieving your dead father or talking about the time that you almost got raped. This will necessitate you forcing, and we can tell when you're forcing.

(3) Don't make a choice in a monologue that goes against the play the monologue is in This is a tricky one, but if you choose a monologue from a play, there's a chance that the auditioner has read (or even directed!) the play. You don't want to make a choice that makes for a really cool monologue performance but is counter to what is going on in the show. How to avoid this? Read the play!

(4) Avoid a lot of cursing, but not for the reason you think. . Swearing is easy. It's easy to perform curse words (not to mention a lot of  fun!) Because it's easy, no one is sure whether you are acting or not.  Also, remember, most young people DON'T curse well when its in the script -- it's seldom the most important word in the sentence.

(5) Subtext is good. I think the desire to impress auditioners leads frequently to a complete abandonment of subtext in audition monologues. Everythings put on the line, the proverbial heart on the sleeve. The actors who audtioned and gave it their all, while also clearly working on some sort of subtextual underpinning of their monologues were the most impressive to me. It's tricky... you want to see someone really go for something, yet also hide something and hold a little back at the same time. Hard to describe. But I'm just saying, working on what's going on underneathe the monologue is still really important.

(6) It's okay to be funny and/or entertaining. Comedy is difficult to pull off. Comedy rooted deeply in character is even harder. But remember: not everyone can DO comedy, make sure that you can!

(8) Have and use your invisible scene partner. Communicate with them, make them present. Without them it's histrionic, generalized garble. And by no means use an auditioner as a scene partner.

(9) Monologues are a short performance and can't just be acted (or "felt"). They also have to be directed and auditioners should learn basic directing and staging to use for their monologues. Having a visual element to the performance is critical.

(10)  Perform your monologues in front of others BEFORE your audition.  You don't want your first audience to be the audition committee!  You need dress rehearsals. 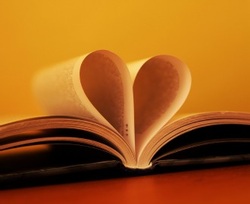 Admit One:  Ten Steps for Choosing Your Acting or Musical Theater College Program by Chelsea Cipolla

I Got In! The Ultimate College Audition Guide for Acting and Musical Theater 2012 Edition by Mary Anna Dennard

Monologue Mastery:  How to Find and Perform the Perfect Monologue by Prudence Wright Holmes